Why a heartshaped medal ? 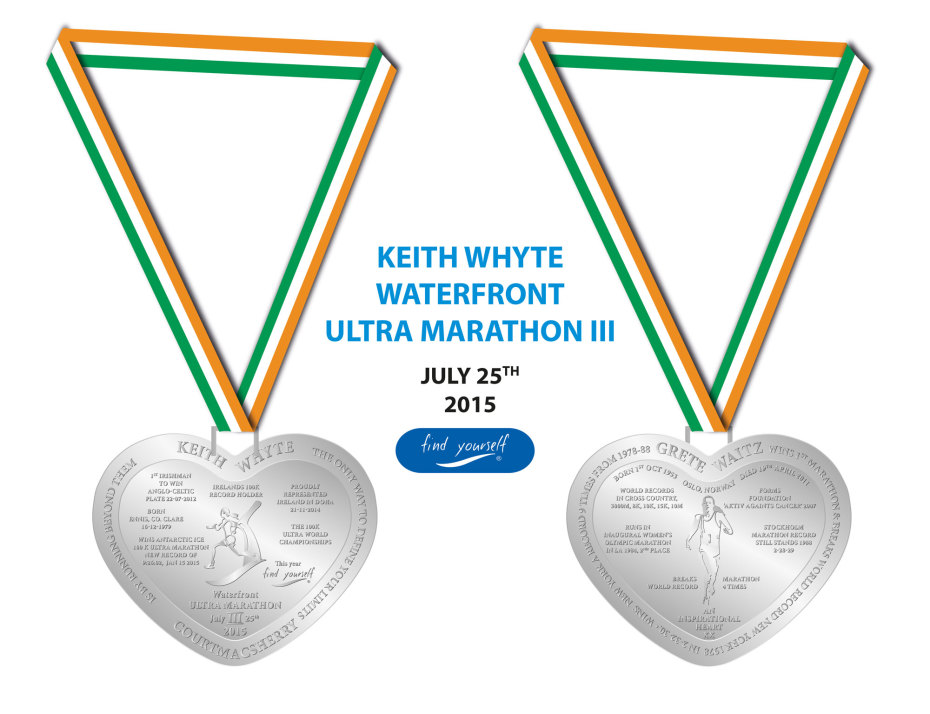 We designed this medal in recognition of Keith Whyte’s pure heart and determination to endure, not to throw in the towel ,while running injured he finished  in Doha November 22nd 2014 at the World Championships 100 K Ultra Marathon while representing Ireland.

It is times like this when the head and the body are not at one and are unable to perform to the best of our ability , then it is always an inspirational heart that brings us home across the finish line.

It is in this vein that we felt it was fitting to acknowledge the iconic Norwegian World class runner Grete Waitz on the same medal whose inspirational heart and record speaks for itself .

Grete is the only athlete to win New York Marathon an extraordinary 9 times ! ! She was perhaps the pre-eminent female distance runner in history, setting the world record at 3000 m and world records at distances of 8 K , 10 K , 15 K and 10 miles ! But it was the 26.2 mile symbol of human endurance that Grete Waitz most distinguished herself ,setting a world record of 2 hours 32 min 30 seconds the first time she ran one in New York in 1978 and subsequently lowering the world standard 3 more times. In addition to her New York City victories , Grete Waitz won London Marathon twice, Stockholm Marathon once and the world Championship marathon in 1983.

She is our sport’s towering legend , said Mary Wittenberg , president of the New York Runners . I believe not only in New York, but around the world, marathoning is what it is today because of Grete. She was the first big time female track runner to step up to the marathon and change the whole sport .

The next year she finished the race is 2:27:33 beating her record and becoming the first woman to officially run a marathon faster than two and a half hours.