Proud to be part of Inclusion in Athletics ! 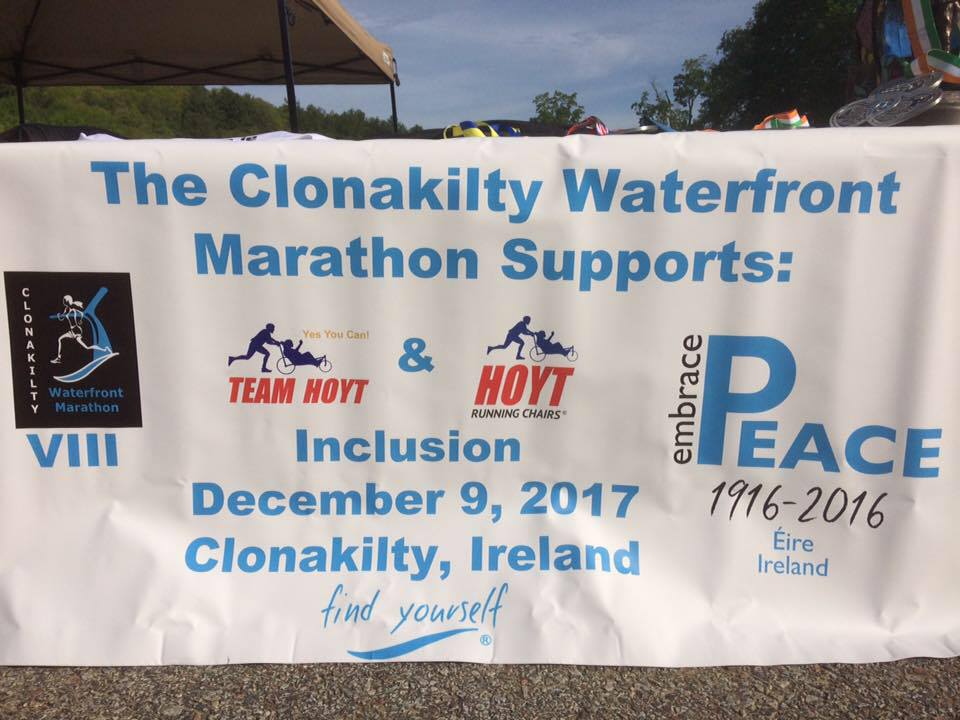 Thank you Team Hoyt Running chairs for including Clonakilty Waterfront Marathon on your new website http://www.hoytrunningchairs.com/partners/

It all started here

TEAM HOYT. YES YOU CAN!

Dick and Rick Hoyt are a Father and Son team from Holland, Massachusetts. At birth, Rick was diagnosed a spastic quadriplegic with cerebral palsy.

In the spring of 1977, Rick told his father that he wanted to participate in a 5-mile benefit run for a Lacrosse player who had been paralyzed in an accident. Far from being a long-distance runner, Dick agreed to push Rick in his wheel chair and they finished all 5 miles, coming in next to last.

One of our proudest moments when Rick and Dick Hoyt visited and participated in our race in West Cork 2015 !