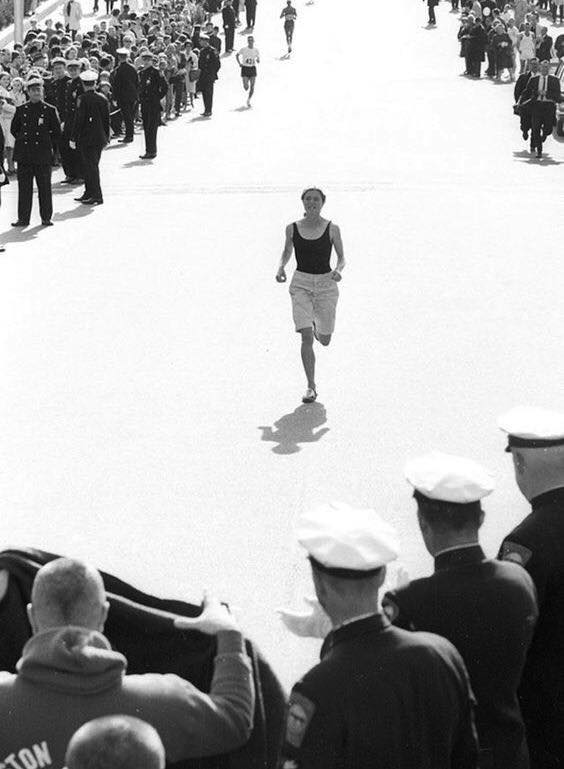 This year is truly unique marking the centenary of the rebellion of Easter 1916 , the event that is generally regarded as having led to Ireland’s independence some six years later. In addition to this celebration , the female Boston born running rebel Roberta ” Bobbi ” Gibb was the first woman to run and win Boston Marathon 1966 and three years in a row ( 1967 & 1698)

She says ” People thought women were incapable of doings these things. But how do you know unless you first give women the chance ? That was the point I wanted to make . ”

At the time Bobbi ran 40 miles a day for pleasure…

In 1996 on the 100th Boston Marathon occasion. Bobbi received official women’s winner’s medal with her name and dates on it. Bobbi remembers ” That was a  wonderful day and I didn’t have the least bit of anger over the past . I did my part and now millions of women are running marathons – exactly what I hoped for ” .

She was Grand Marshal at Boston Marathon 18 April 2016 exactly 50 years after  her first race there.

We are honoured and delighted that Bobbi Gibb have accepted our invitation to the Clonakilty Waterfront Marathon and she is thrilled to be one of the inspirational women on this years finish medal on December 3rd 2016 !